A town where lobsters are not only plentiful, but also cheap street fare is like a foodie version of living at Disneyland, like a land where deli sliced ham has been replaced by aged prosciutto, and Kraft Mac n Cheese has been voted off and in it’s place stands something real, and imported – it would be the same mythical land where pigs fly and dreams come true.

Even better than the mere fact of cheap lobster? The lobsters are sold live (sometimes the street versions are kept dormant in ice baths).

Even better than that? Pizza, regular pizza, no fancy oven involved pizza, is about 25% more expensive than fresh lobster.

And even better than all that delicious news? The fresh grilled fish is actually 100 times better than the lobster.

Thanks for the all the fishes, Nha Trang. 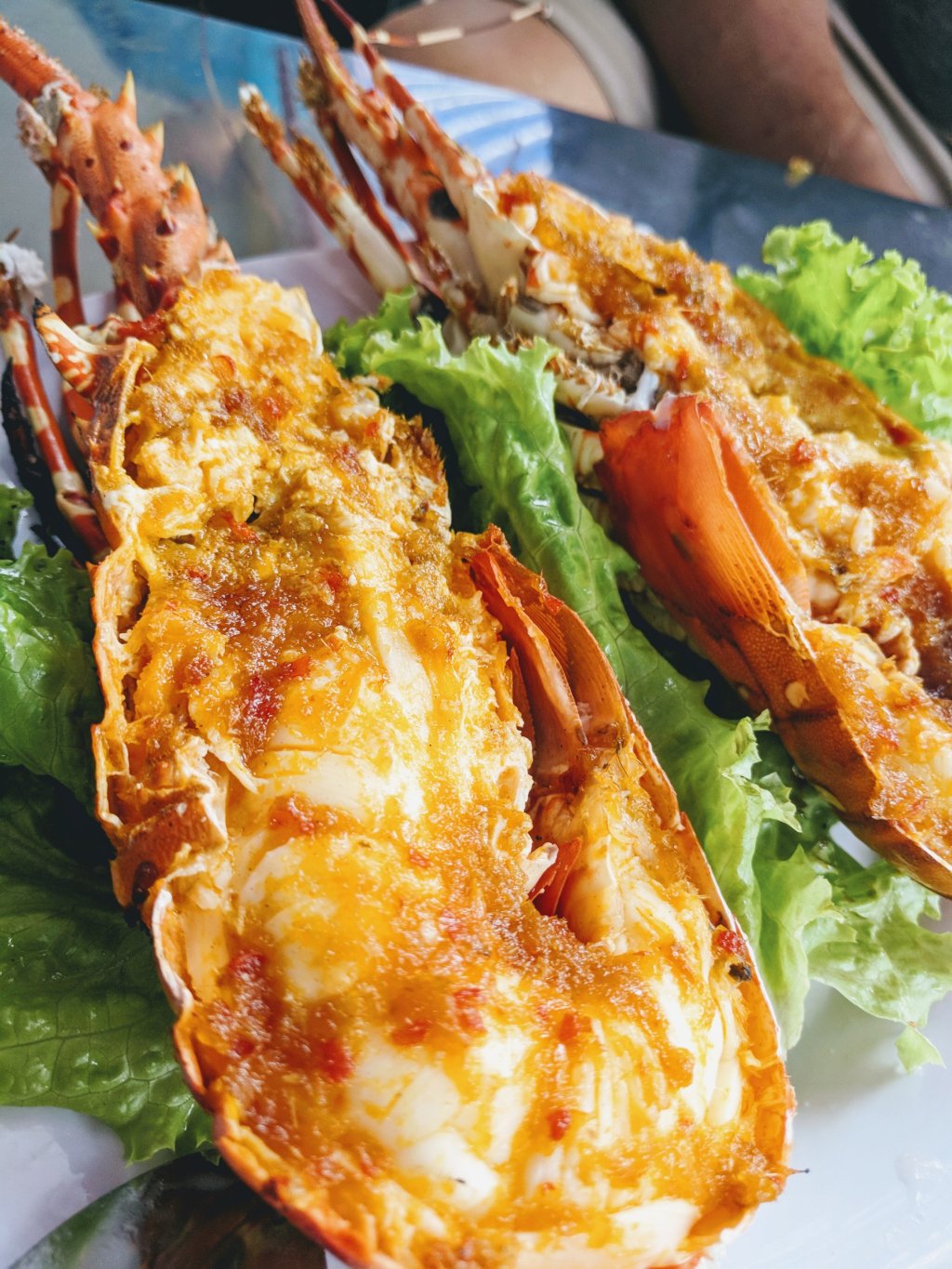 One thought on “A Town Where Lobster is Cheaper Than Pizza”