Coco, you did it again.

For two days after your hospital visit, you were running fine – you could reach a speed of at least 80kmph, which is 40kmph than you went before, your horn still sounded like an old, dying goat, but you at least got us to our destinations before we finished the beer.

And then, upon leaving Karijini National Park, in an area with no phone service, you squealed like a dying pig. Most of us thought the sound belonged to a Rihanna song, but when you started sputtering, we all realized:

The wheezing sound was followed by a giant whooshing of “air” sound, which none of us could figure out, Coco wasn’t thirsty for oil or water, and if she was just PMSing she picked a horrible time. None of us felt like giving her hugs, we just gazed into the Outback and thought about who we would eat first. 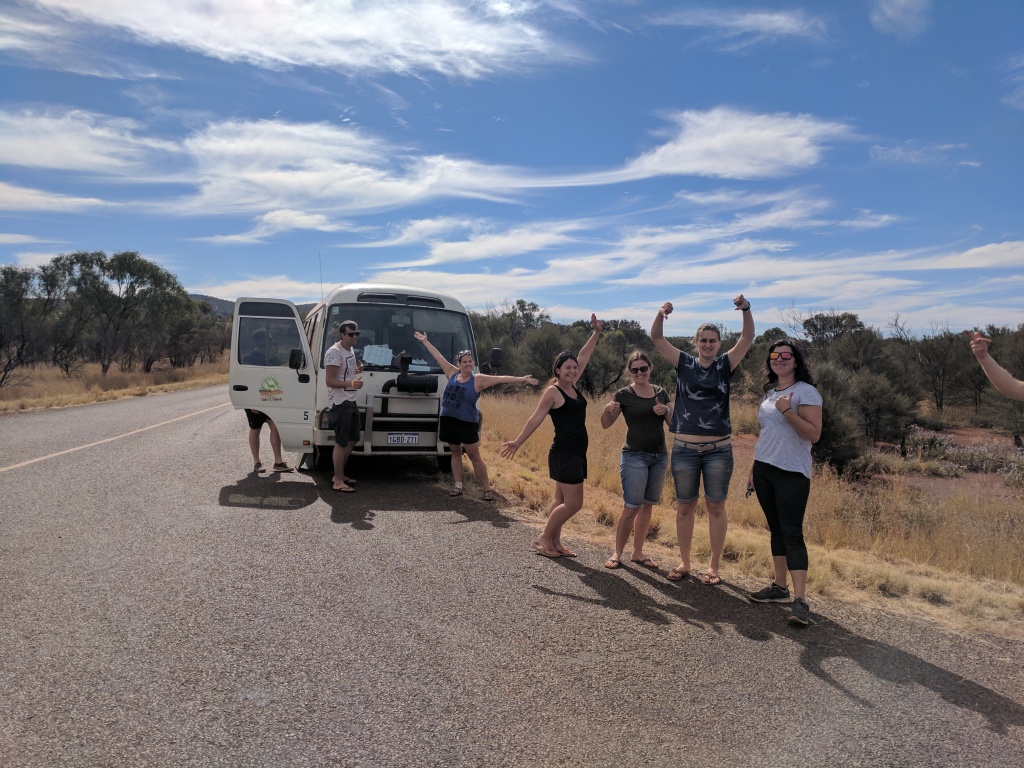 Luckily, some Park Rangers with big tool bags came to rescue us, and after several minutes under Coco’s hood, they proclaimed “your gasket’s fucked, mate.” As in, somewhere along the way we actually lost the gasket.

We had some 800 plus kms to go before she could get to the doctor, so the diagnosis of “she’ll run, but like a pig” was not met with the best enthusiasm.

So, here we are, driving along with our prescription note, hoping Coco can hold it together for another day…