“It’s like pot” people said, “it will mellow you out.”

And thus, I was very excited for night of kava, or grog, a totally legal drink that might open my brain up to what light drugs were like (I’m not looking for light drugs, but scientifically, it would be good to relate to the cool kids sometimes)

Plus, according to Wikipedia:

“Despite its psychoactive effects, kava is not considered to be physically addictive and its use does not lead to dependency.”

Everyone in Fiji drinks kava, most daily, because it “helps after a long day.” It’s a social drink: everyone sits on a mat, around a big wooden serving bowl. As portions get despensed, you clap – once before you drink and then everyone claps three times after you finish. In between rounds people tell stories, play music, sing songs, it’s a really nice way to spend an evening. 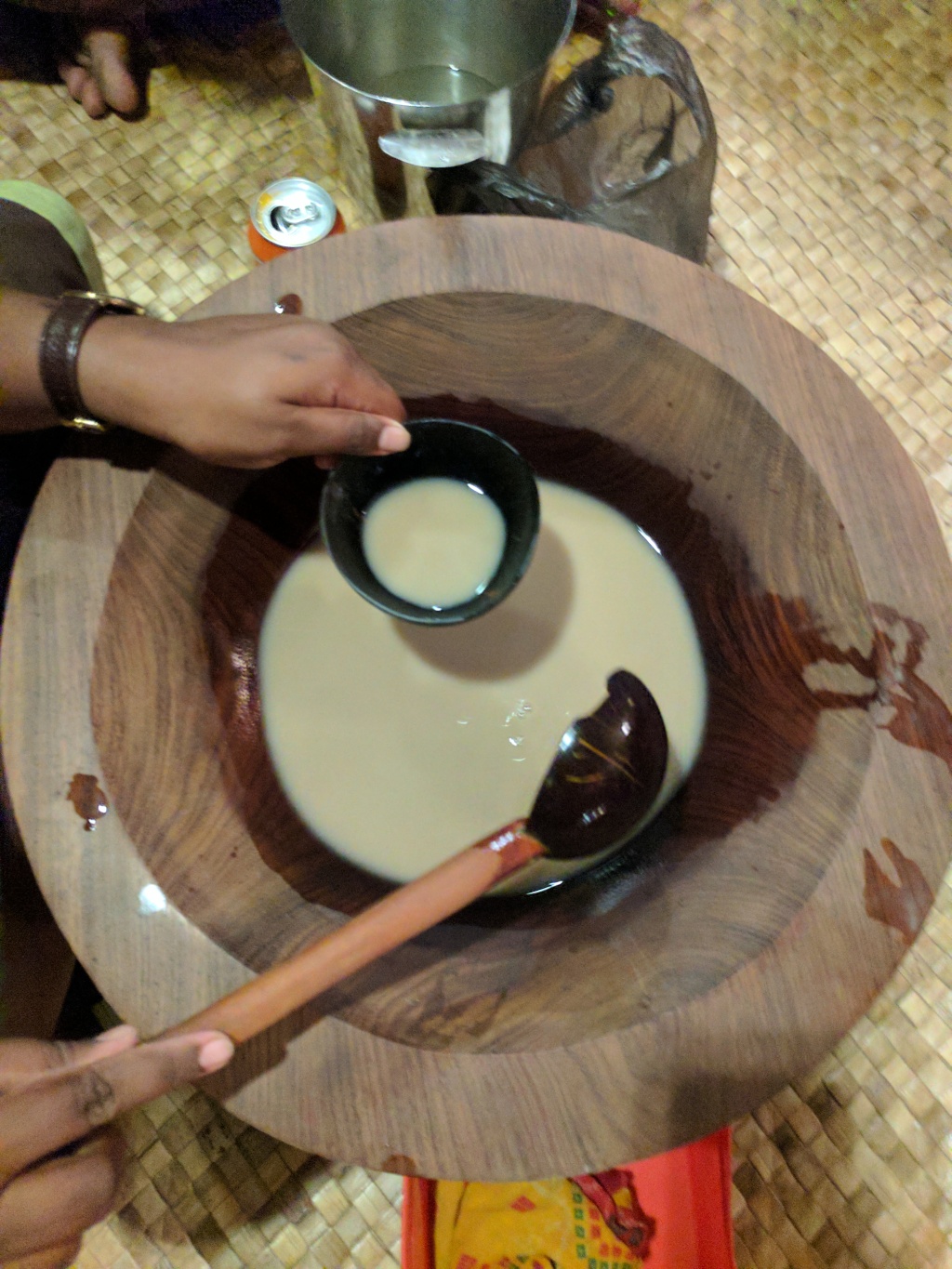 The drink is made by drying out the kava plant (you let it grow for 5-10yrs), pounding it into a powder and then mixing it with water. It’s looks and tastes like muddy water, with the added seasoning of pepper.

After the first drink, your tongue goes numb, kind of like you’ve gone to the dentist and they given you just a little bit of Novocaine, not so much that you’re slobbering and are not sure which side your tongue is hanging out of, but enough so that you ask “where’s my tongue? Oh, there it is.”
As you keep drinking the numbness progresses to the back of your throat and you wonder if you have tonsillitis (having no idea what that feels like), and then your lips feel puffy. None of this is unpleasant, but I imagine if it were stronger you would start to like you got free collagen injections in all the wrong places.

As for the after effects, personally I didn’t feel mellow, I’ve never brushed my teeth with such vigor, and I’ve never wanted to send so many texts relating my night of not-at-all-badassery, but didn’t because my brain ultimately decided that would be lame.