“Hitch hiking is so safe in New Zealand, everyone does it” says, just about everyone.

Yesterday, three 3 Non Blondes (of the non musical variety) wrote up some signs and stood by the side of the road.

Tactics weren’t really discussed – we just stuck our thumbs out (cautiously at first) and smiled. Some people smiled at us, but no one stopped. It was like being swiped left in real time, people glanced at us, didn’t even look at our profiles and decided to keep going. Clearly, our outfits, what we’ve deemed, “Rape Prevention Kits” were working too well: no one wanted to pick up three women in cargo pants and non Lululemon exercise gear.

We laughed off being rejected, but began to question ourselves when a blonde hitch hiker gave us some side eye when we said we had been waiting 20 mins, as though that was an inconceivable amount of time. Note: we can also put the 20 mins down to the fact that there were three of us, and for the first half an hour, we were ambitious and held up a sign asking to be driven an hour away (turns out no one on their way to work wanted to drive to a glacier instead).

It was time to change tactics, be a little less hard to get, so we changed the sign to “Roy’s Peak”, a mere 7km away, basically the equivalent of changing a dating profile from “I am a princess, earn my love” to, “I love dive bars”.

Once again we were thwarted by a second blonde (wearing shorts) who also laughed when we said we had been there for 30mins, and promptly picked up a ride within 5 mins.

Embarrassed, we started walking and just hoped that someone would take pity on us, as with all dating, our standards had gone down, it was like 4am at the end of the night and basically we would have gotten into any kind of sketch camper van.

Miraculously, finally, a very nice travelling Melbourner, took pity on us, picked us up in his very acceptable four door sedan rental car and drove us to the start of the 16km walk.

Lesson: there is a lid for every pot, and the lid will come around when it’s good and ready. 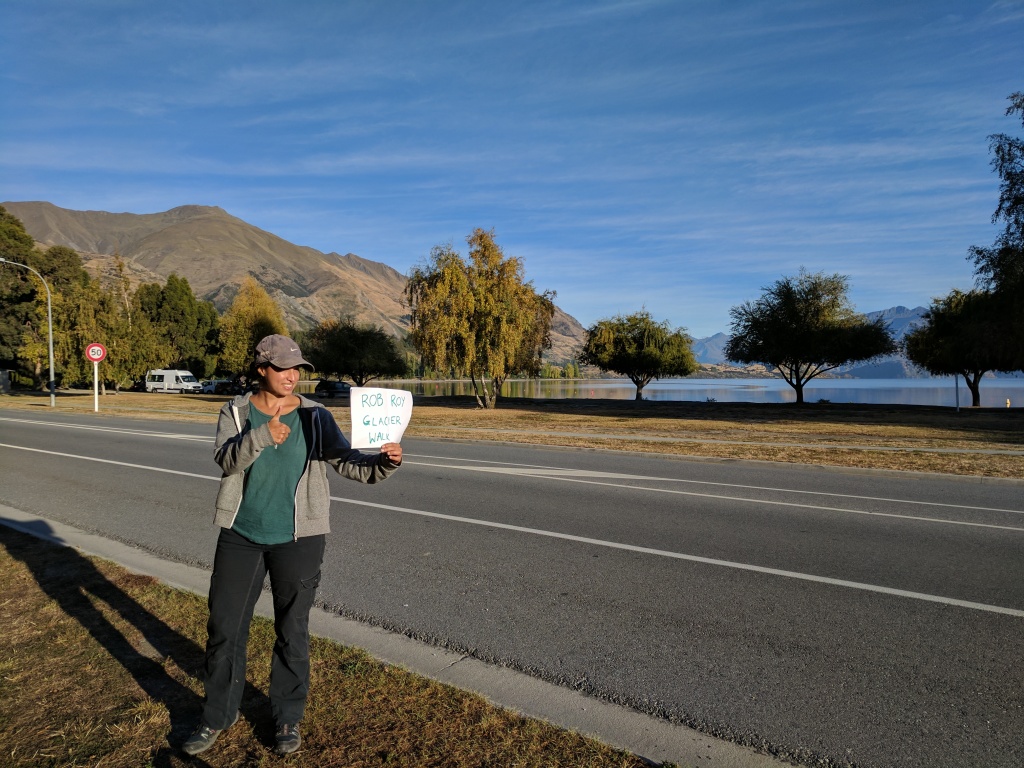