Table Mountain must be wooed, it demands you ask nicely and put in an effort, if you really want to see it, you have to be prepared to be rejected, a couple of times.

Like anything that thinks highly of itself, it is also not a cheap date, if you offer it tacos, it’s going to keep saying no until you upgrade to steak.

It all started on the plane: the airline magazine said that during the month of February the Table Mountain cable car was half-off after 6pm.

Half-off? During sunset? Basically dream words to anyone travelling on a budget, if it said “free toast for breakfast” I might have suggested camping up there.

But the Mountain wasn’t the one that agreed to being offered up cheaply, so, like any offspring that feels like its parent is sacrificing them to “Joe, you know, your neighbor who doesn’t have a job, but is a very nice man, and you are getting older, so maybe give him a chance”, the Mountain rebelled.

Monday, 5:57pm: we park, we hear a siren. We question whether it means the cable car is arriving. Turns out it actually means the winds have picked up and the clouds have started to roll in, meaning everything must shut for the day. The Mountain was obviously displeased with our spontaneous offer of “you’re here, I’m here and it’s happy hour so we may as well do this thing…”
Tuesday, 4pm: check conditions, according to website, “temp: good, visibility: decent” (we later figure out is about 30 mins behind in updating its mood). We begin to drive, we see clouds pouring down over the mountain, we are stuck in traffic, we stop driving and change plans. The Mountain is such a tease, it appreciated the extra planning but really wanted more fan fare, it’s a bit stuck in the world of 90s teen romance movies.

Wednesday, 5pm: “Table Mountain road is closed due to fire” comes over the radio, followed by hysterical laughter.”No, I can’t go out tonight, I’m getting my hair done”

Last attempt possible is Thursday morning, obviously not possible if the whole thing went up in flames.

Thursday, 8am: Table Mountain Facebook page says they are currently closed due to wind.

Thursday, 11am: paid full price, but up mountain! Third time’s the charm! We had basically gotten down on one knee, sang it some love songs and offered up our allowance for the week. 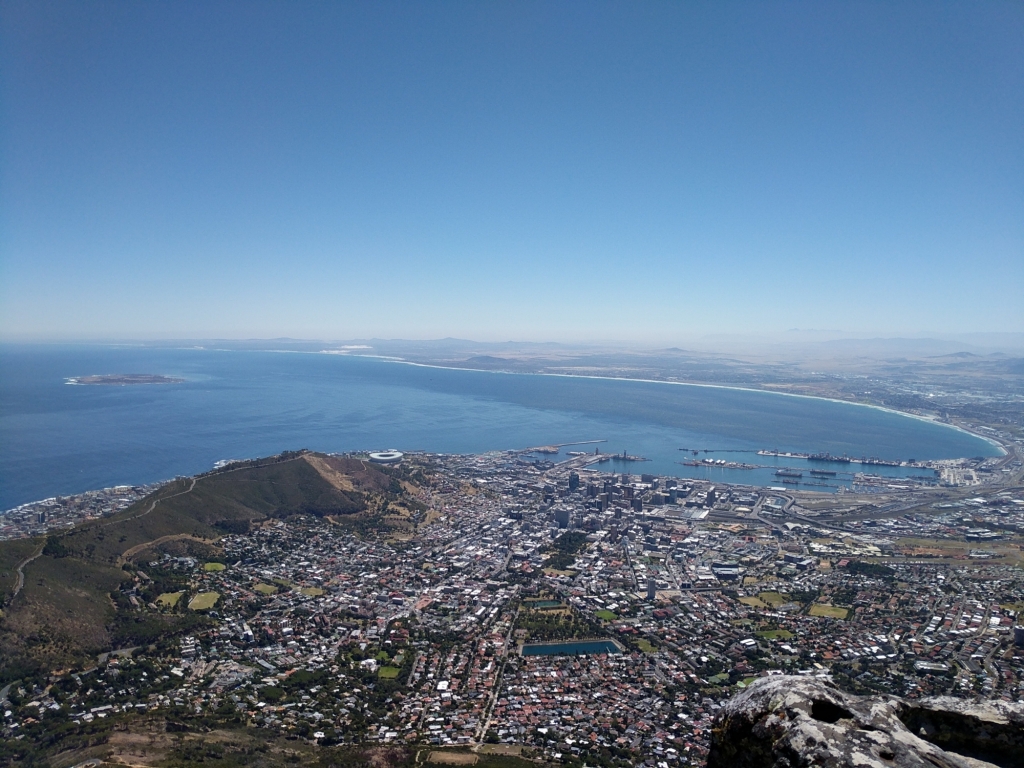 And just like any date you spend a lot of time thinking about, it ends up being slightly better in your head. The views were lovely, but we spent more time wondering how many people die up here per year? (can’t find an average, but 16 died in 2009).

Lesson: if you can’t find somebody to be yourself with, you accepts you for your offer of tacos, you’re going to want to throw yourself off a cliff.