Usually in Africa, where there is one flat tire, there is another, and another and well, you might as well replace all of them at once – including the spare, because with any luck your spare is also flat due to the fact that you forgot to switch it out the last time you had a flat tire.

When we left in the morning we knew our back tire was on the side of “almost flat”, about an hour later, our front tire was what you might call “squished”

Here is Dan, feeling incredibly manly (first tire he’s ever changed), only to realize a few seconds later that while he had done an amazing job on replacing tires, his effort was for naught: as soon as we took the jack off, it became evident that our spare was also flat. 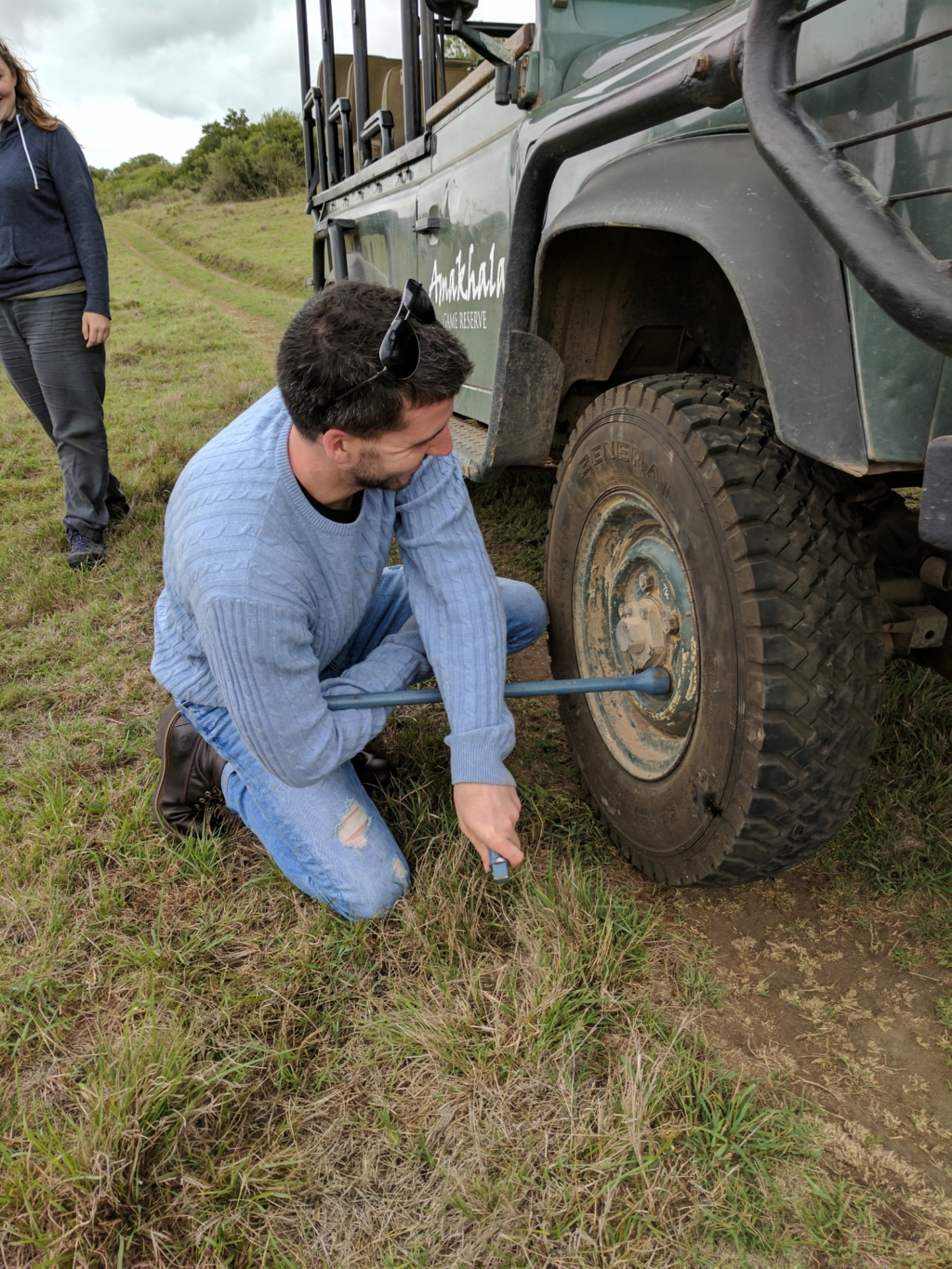 The next day we got another. And, now there is some serious doubt as to whether there are any non-flat tires anywhere on the reserve.

A rolling stone may gather no moss, but a flat certainly does.

Note – this story is actually from last week, but this morning we are replacing another flat tire, with what we haven’t figured out yet, so it’s an appropriate post.